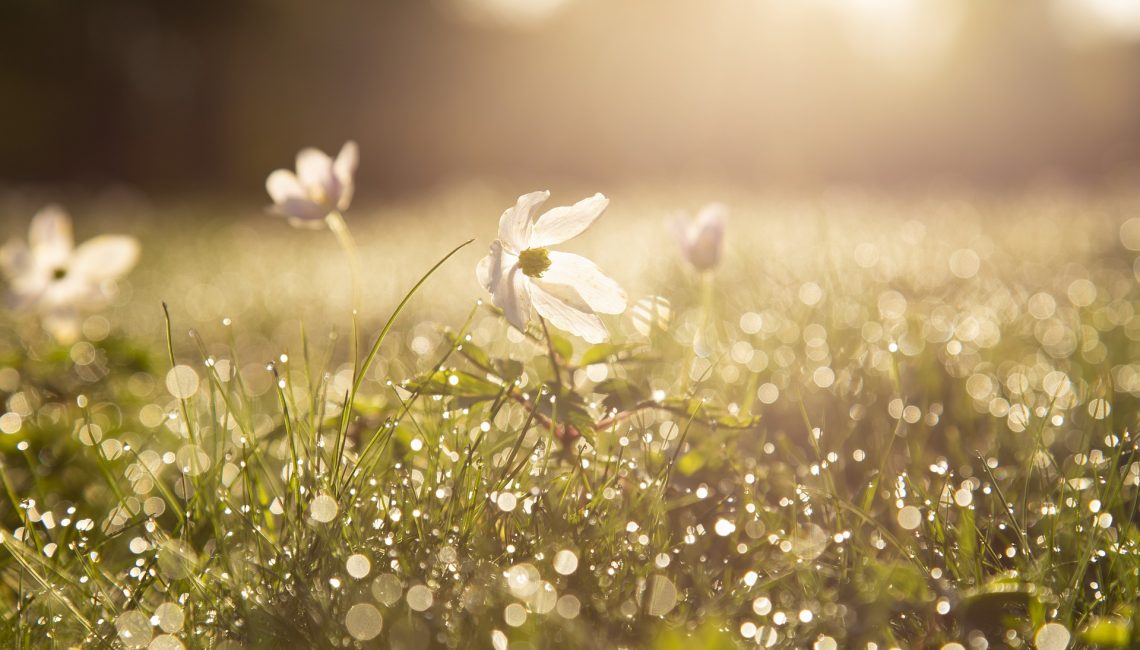 Chinese funeral rites today are much simpler than those of yesteryears.

In 1988, Singapore’s then Prime Minister Lee Kuan Yew pointed out that funeral rites and customs should be simplified and updated to keep them relevant to the young (The Straits Times, April 10, 1988)

Funeral rituals meant to aid the deceased in the afterlife are indeed much simpler today. But Chinese funeral rites still create some confusion and arouse much curiosity, especially when younger Singaporeans have to decide whether to continue these customs and practices when the older generation passes on.

Many leave it to the funeral directors’ discretion to direct them on protocol since these experts would also connect them to the religious experts as part of their funeral packages.  The usual refrain heard from bereaved families is they are merely carrying out instructions of family elders or taking suggestions from the funeral directors as no one else is familiar with the appropriate rites to perform.

But as Singaporeans become more concerned with existentialist questions, ie. ‘Where do I come from?’ and ‘Is there really a God?’, and more people becoming deeply invested in their chosen faiths, more people start to look into the pertinence of traditional rites.

We explore some of the more commonly practised customs around traditional Chinese funerals and their significance.

Q: What doTaoist priests and Buddhist monks chant about when they perform funeral rites?

A: Taoist priests hold prayer ceremonies to keep malignant spirits from disturbing the deceased’s soul as it makes its way across the three bridges over the river that separates the living and the dead. As the soul has to make its way through judgement in hell, and paper offerings of money, coins and pearls help the deceased to bribe the judge that presides there before it can make its way to heaven, or towards a good rebirth. Taoist rites are chanted by the priests in their Chinese dialects and families follow their instructions when participating.

Buddhist funeral rites focus on leading the consciousness of the deceased to let go of their attachments to their current life (such as family, possessions and even their physical body) so that the deceased may have positive wholesome last thoughts for their forthcoming rebirth, says funeral director Mr Tan S.L. of Dana Citta Services Pte Ltd. His company provides Buddhist funeral services exclusively.

As Buddhists believe in endless cycles of rebirth through the six realms (Heavenly beings, demi-gods, humans, animals, hungry ghosts and hell-beings) until a being attains enlightenment, monks chant Buddhist scriptures, known as sutras, on behalf of the departed soul to garner merit and achieve a better rebirth.

Continuous recitation of the Buddhist scriptures (sutras) and the names of the Buddhas form the core of a Buddhist funeral, says Mr Tan.

Family and friends can take part in the chanting of sutras together with Buddhist monks to dedicate merits from the sutra recitation to the deceased. Some Buddhists do not observe any restrictions about the language that the sutras are chanted in.

That said, a Chinese funeral typically incorporates religious elements based on Taoist and Buddist beliefs, as well as Confucian concepts of filial piety. This is often seen in having both Taoist priests and Buddhist monks at the same funeral to provide their spiritual services in addition to the ancestral worship practices (such as overnight vigils with the body, laying out of essential items such as clothing and food for the deceased and burning of paper effigies that represent material and physical goods such as houses and servants to make life in the other world more comfortable) that can be observed.

Q: Why are visitors asked to offer joss sticks when paying their respects to the deceased?

A: This practice reflects the Confucian concept of filial piety and veneration of the family elders. When an older family member dies, he or she is elevated to the level of an ancestor. An ancestor is seen as a spiritual guardian for the family, but that depends on the last rites carried out by the living to ensure that the deceased makes it to heaven.

Some Singaporeans who choose to follow a different religion from their forefathers, such as Christianity, may feel an aversion to offering joss sticks but are concerned at offending their hosts.

However, many families are understanding when their guests decline to offer joss sticks in multi-religious and multi-cultural Singapore.

Even with inherited religious beliefs, there has been more consideration for theological identification. For example, some Buddhists believe that offering joss sticks is not a requirement, and funeral rituals should be kept as simple as possible. But the overarching sentiment of being respectful towards cultural norms means most Buddhists continue to offer joss sticks as their own parents and grandparents would.

If offering joss sticks do not square with your beliefs, there are also other ways of showing respect for the deceased person, such as observing a moment of silence before the prayer altar or coffin or offering three bows. Of course, do offer your sympathies to the family members as is appropriate during your attendance. For more details, refer to this NLB e-resource: Chinese death rituals

Q: If I send a floral wreath to offer my sympathies, should I still give the family a condolence donation?

A: Condolence donations, more commonly known as ‘bai jin’, are given to a family to help them defray the costs of holding a funeral. This is also practised in China of yesteryears. In the past, visitors would arrive with money and white flowers to offer their condolences.

Today, floral wreaths are more commonly sent on behalf of companies or organisations that the deceased or the immediate family has connections with.

Individuals who knew the deceased or any member of the family will typically offer ‘bai jin’ to help with the costs of a funeral. (It is not unheard of for an average 3-day funeral to cost $30,000).

And it is not wrong to send both a floral wreath and ‘bai jin’, although this show of largesse is uncommon if a well-wisher and the family are casual acquaintances.

With increasing affluence, many families even decline to accept sympathy donations. They inform well-wishers not to send floral wreaths or ‘bai jin’ in newspaper obituaries.

If families do accept donations, they may channel the funds towards a charity. Today, Singaporeans do that to honour the memory of the deceased. In times past, such good deeds were predominantly carried out to help the deceased gain merit – a belief based on Buddhist principles.

For how much is an appropriate amount to offer, please see our other article here: Do’s and don’ts when attending a funeral.

Q: Why do well-wishers send blankets to a funeral?

A: Observers will notice that blankets are sometimes hung up at Chinese funerals held at an HDB void deck.

The blankets are known as wreath, or sympathy, blankets. They are sent by well-wishers and provided a source of coverage in earlier times – protection for mourners who kept overnight vigils around the body and served as a shield from curious eyes. Today, the blankets still protect the proceedings during the wake to some extent, but their purpose is to convey condolences. It is a gesture that has similar significance to sending floral wreaths but seems to be less popular with younger Singaporeans.

Q: Why do visitors and family members have to look away when the coffin is sealed?

A: According to Taoist beliefs, death is an event that causes an imbalance in the natural order of things. Certain preventive actions are taken so that the natural order is not disturbed further and the living is minimally affected. Nailing and shutting the coffin is bad luck, so the living should look away.

Speaking of avoiding bad luck, reflective surfaces at home are covered if the body lies in wake at home as it is believed that catching a reflection of the coffin will cause another death in the family.

Q: Why do embalmers place a pearl in the mouth of the deceased?

A: Placing a pearl in the mouth can be attributed to Chinese beliefs that the gem will smoothen the deceased’s journey through hell. It is not based on religious beliefs. Sometimes the pearl is replaced by a coin (to bribe afterlife officials who guard the gates of hell and pronounce judgement on a person’s life) or a grain of rice (to ensure the deceased has enough to eat).

Speaking of embalmers, preserving the body with chemicals is not encouraged by Buddhist practitioners, as they prefer to disturb the body as little as possible, says Mr Tan. Eight hours after death, the body is cleaned and dressed in clean clothes and a black Buddhist robe, known as the ‘haiqing’.

Other practices, such as dressing the deceased in his favourite clothing and placing treasured items in the coffin are adopted from Western practices where previously the Chinese would have dressed the body in burial clothes called ‘shouyi’.

Q: What is the proper length of time to mourn the dead?

A: The typical mourning period after a Chinese funeral is 49 days after death.

Buddhists believe that rebirth will take place within the six realms within 49 days, depending on one’s karma and one’s last thoughts before death and rebirth, after death.

Traditionally, prayers are conducted every 7 days for the soul of the departed, until the 49th day.

Taoist and Buddhist rites are often performed together since older Chinese Singaporeans do not discriminate between the two systems of beliefs. Many families will hold a memorial service for the departed 100 days after death to seek a release from eternal suffering and a better rebirth for the deceased, known as the ‘Gong Teck’.

Q: If I experienced a death in my family, how long should I stay away from happy occasions like a friend’s or relative’s wedding?

A: If your family held a traditional Chinese funeral and wore mourning patches (带孝) during that time, the length of time over which you wore the patch would be the mourning period. You would not be expected to turn up at a wedding guest during this period.

Many people also choose not to attend joyous occasions such as a new birth celebration while they are in mourning. Staying away from customary celebrations of the Chinese New Year within a year of experiencing a death in the family is usually observed too. The family in mourning should not visit other friends’ houses, but there is no restriction on them receiving visitors.

Other information resources that were used as references:

Family and friends give offerings for dead

What is pre-planning? Take our poll to find out how much you know: